There’s a lot of talk about the NASDAQ being 21% above its 200 day moving average, so… here’s my 2 cents on the matter. 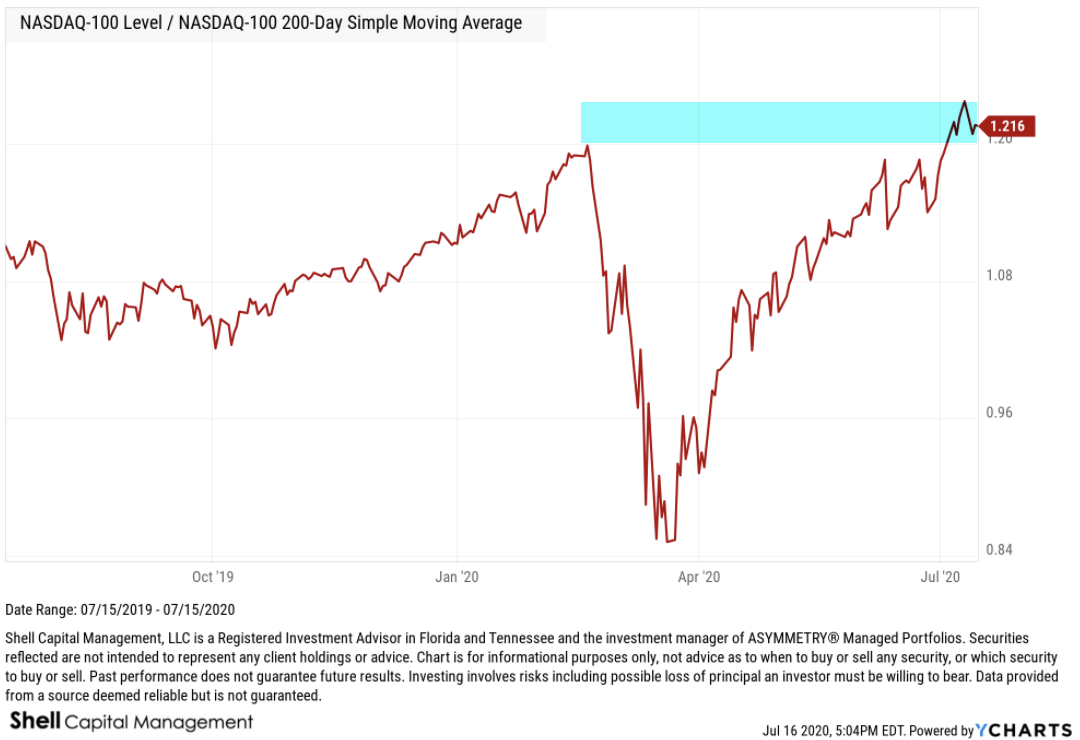 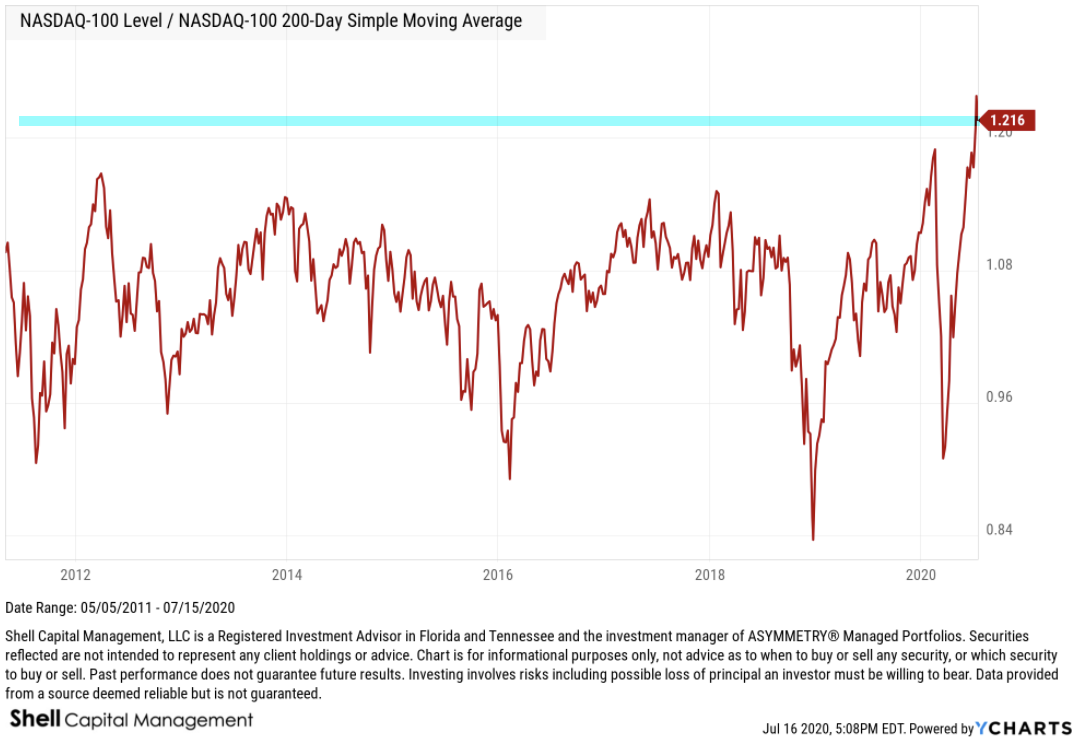 So, yeah, the NASDAQ seems stretched…

Like the CBOE Put/Call Ratio I shared in Here’s what the equity options put call ratio is telling us, and what it isn’t, the % above a moving average is another indication of sentiment.

When it’s as high as it is now, the market very enthusiastic.

For example, the Fear & Greed Index calls it market momentum and uses the 125 on the S&P 500 as a measure of investor sentiment.

Chatting with some friends on Twitter, someone asked about the relative comparison to the 2000 stock market bubble. 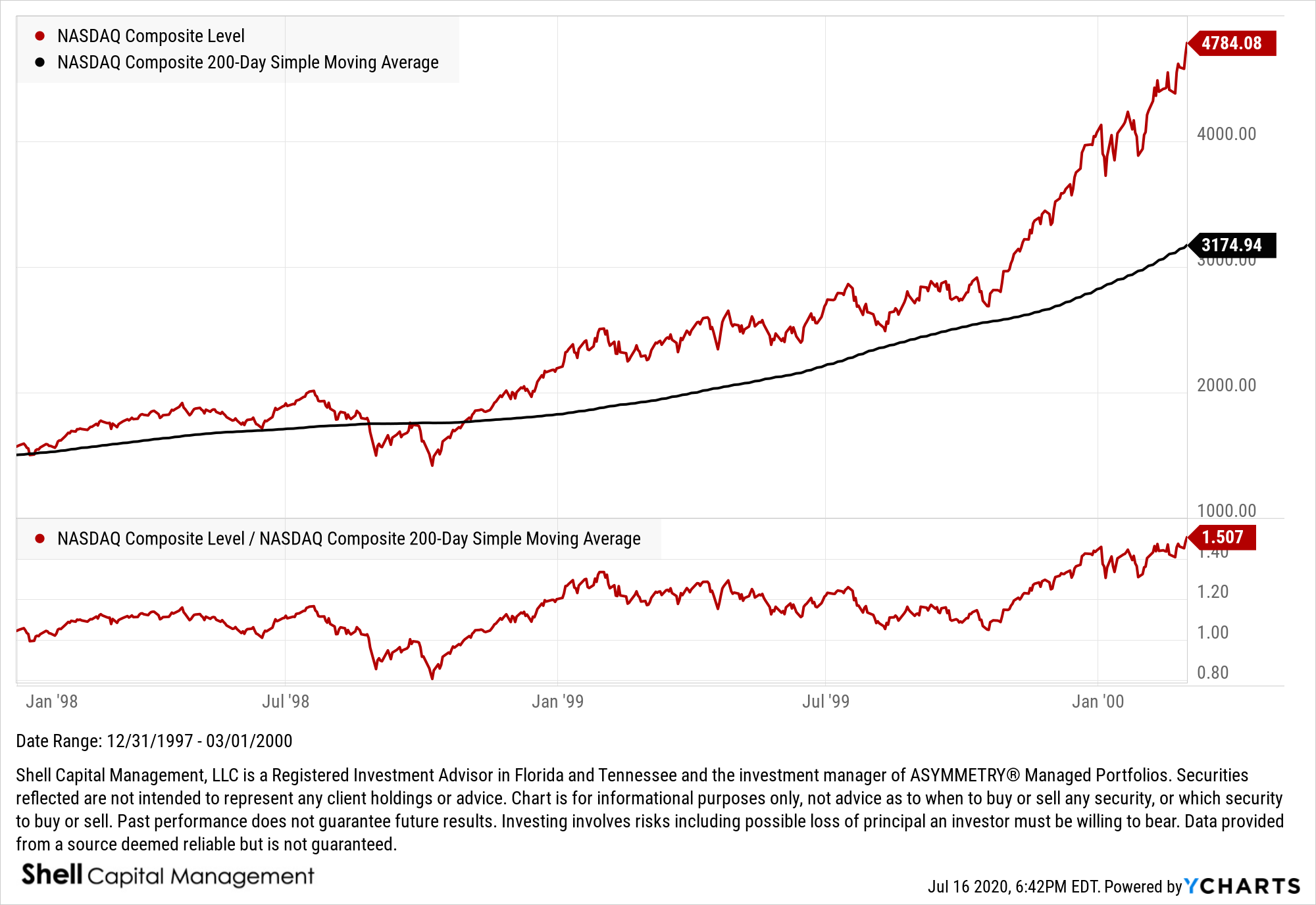 Here is the ratio between the NASDAQ and its own 200-day moving average back to 1985. The relative ratio level the NASDAQ got in 1999 was the highest ever seen. 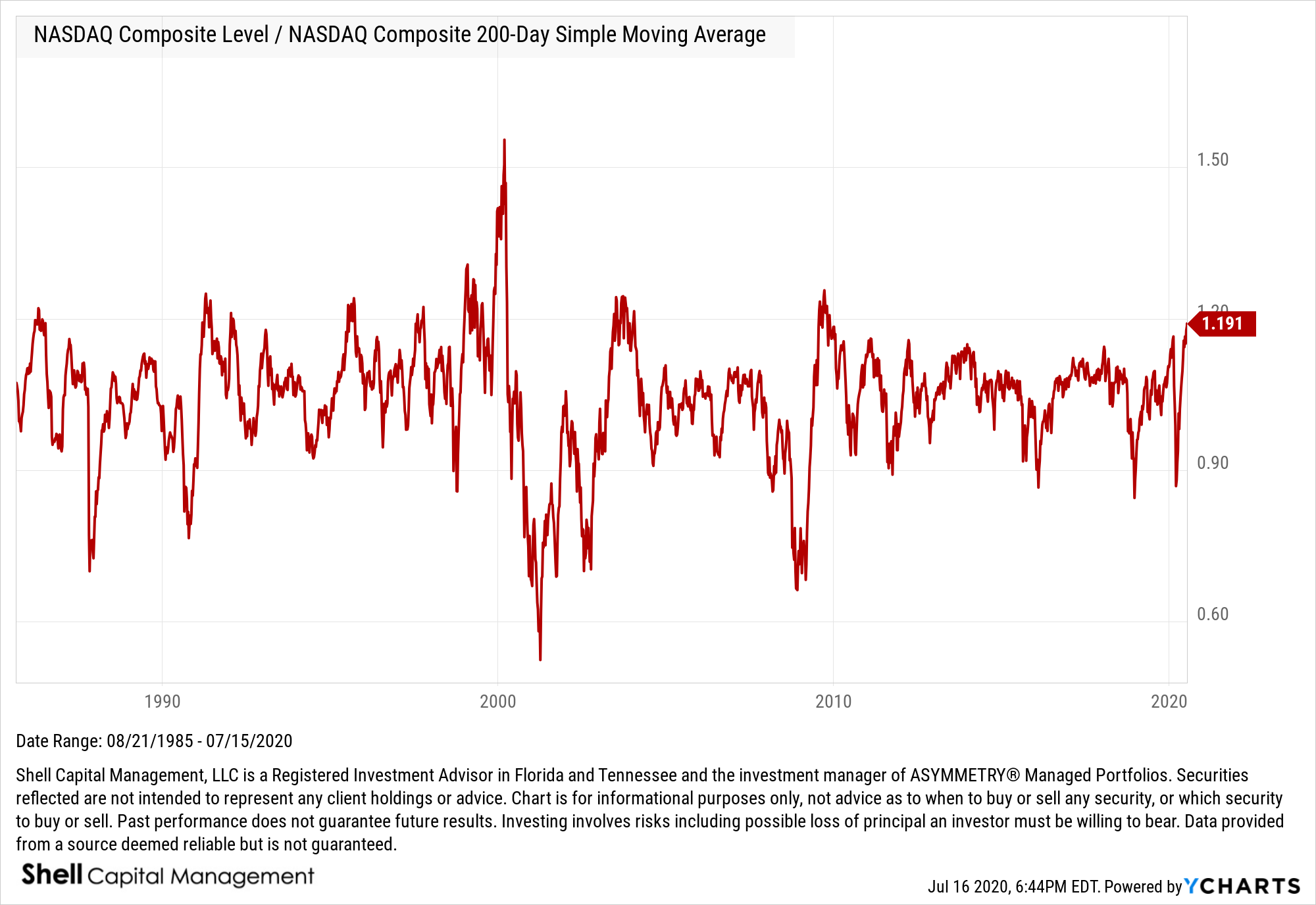 Interestingly, I first started observing to get trading signals from relative strength ratio charts in the late 90s, and by the time 1999-2000 rolled around, I was comparing not only stocks to other stocks and their sector index, but also a cross section of global markets. For example, stocks vs. bonds, etc.

The NASDAQ was all the craze around 1999, and I had a t-shirt that said “NASDAQ; the world puts its stock in us.”

With technology leading with momentum, the tech heavy nas is seeing some popularity again.