The US Unemployment Rate measures the percentage of total employees in the United States that are a part of the labor force, but are without a job. It’s one of the most widely followed indicators of the health of the US labor market and the US economy as a whole. 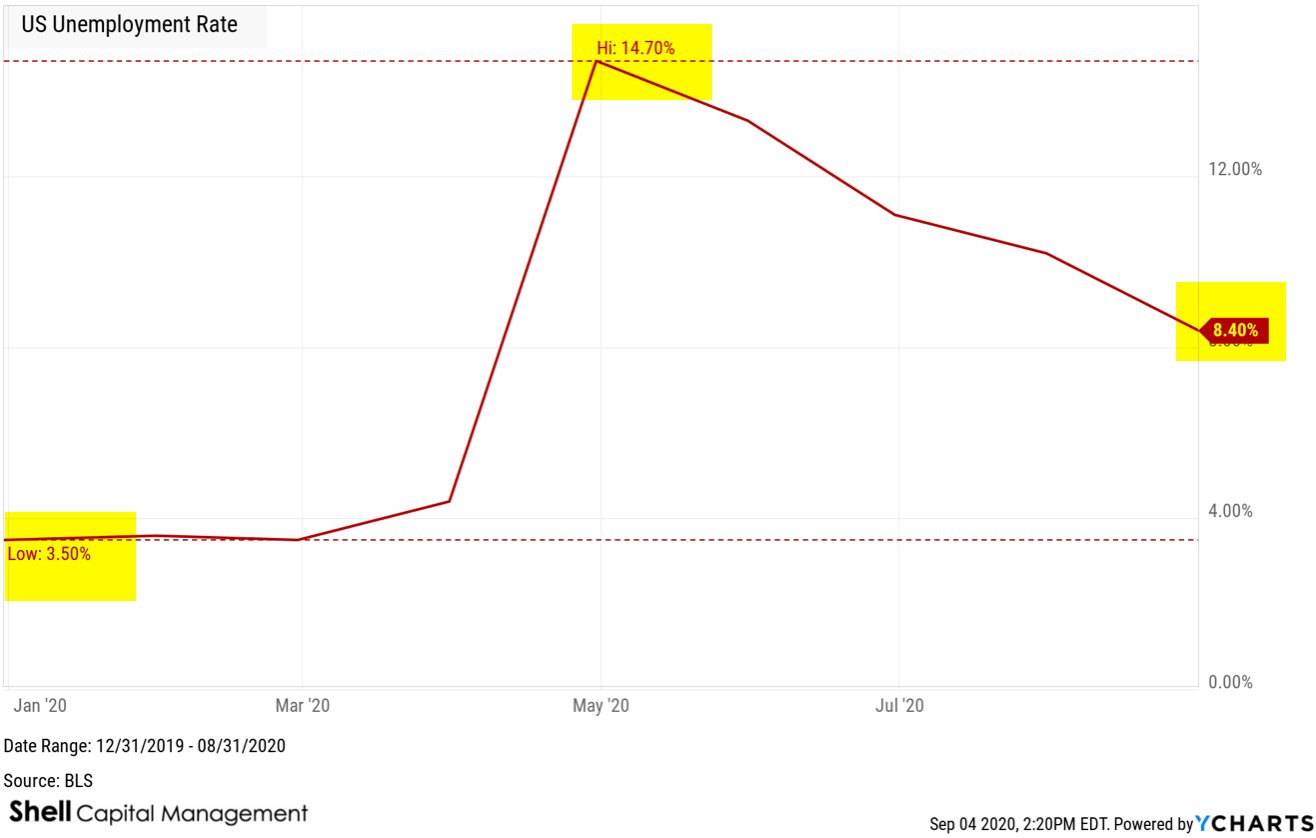 US Unemployment Rate remains significantly higher than the long term average of 5.76%.

The US Labor Force Participation Rate from the Bureau of Labor Statistics is the sum of total number of employed persons and unemployed persons looking for work in the United States as a percentage of the working age population. 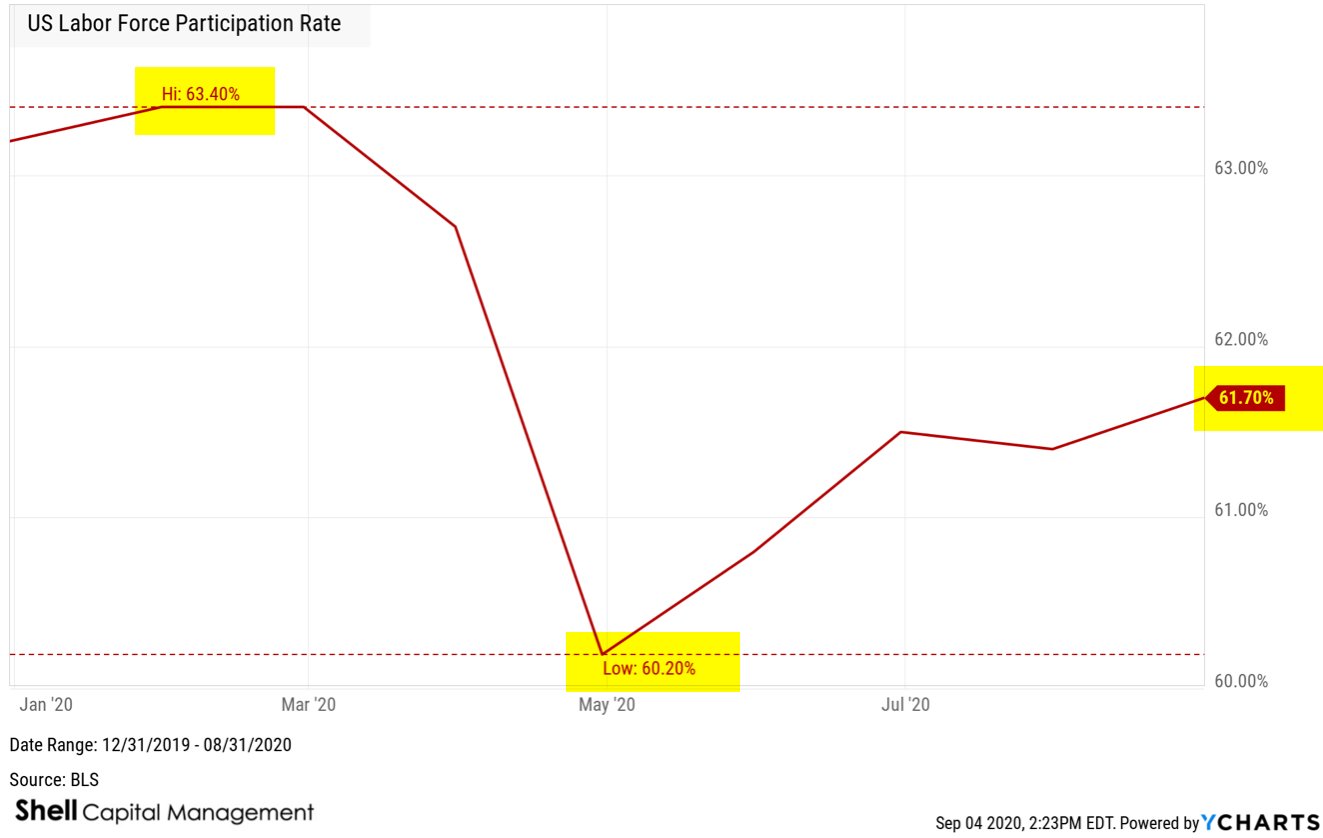 Looking at the bigger picture over a longer time frame, there has been a negative trend from the 2000s of 67.10% participation to the 2010s 62.50% participation as the boomer generation has begun shifting out of the working age population. 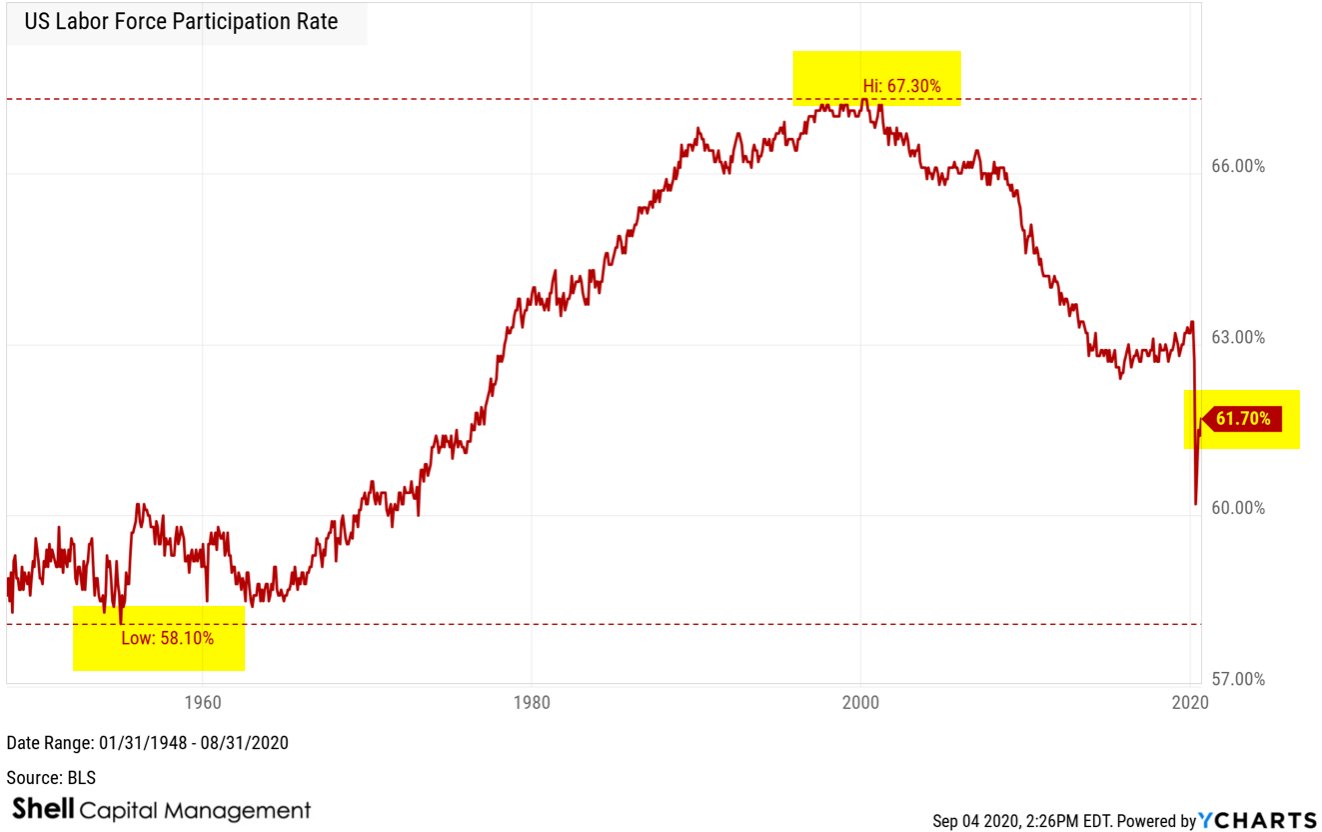 In bad economic conditions, the labor force participation rate may actually fall as people eventually give up looking for a job.

So, the employment situation seems to be improving, but we’re likely to see some of these job losses become permanent.